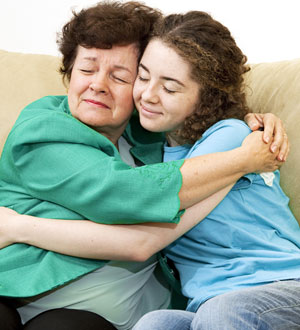 Grandparents parenting grandchildren when parents have a mental illness

Grandparents provide primary care in 22,500 Australian families, for 31,100 children aged between 0 – 17 years; in 2008, 5.7 million US children lived with a grandparent.1,2 An unquantified number of grandparent carers are ‘hidden’, and do not access financial and other supports. The reasons may relate to stigma (parental mental illness or substance abuse acting as a barrier), or cultural tradition.3

An issue closely associated with grandparents becoming primary carers for their grandchildren is the intergenerational transmission of mental illness. Identifying this transmission is an opportunity to identify risk and protective factors that sustain or disrupt patterns of mental illness.5 Two publications have studied the intergenerational transmission of depression, including the role of grandparents in moderating the effect of parental psychiatric illness on children, and the possible impact on the parenting of grandchildren by grandparents.5,6

In the general grandparenting literature, the well being of a child depends on the grandparent’s physical and mental health, as well as on the circumstances that lead to surrogate parenting by grandparents.

Grandmothers raising grandchildren report increased stress and depressive symptoms relative to age peers, but less so if the surrogate parenting role is a cultural norm or freely chosen.7,8 Several reports suggest negative effects of child-rearing on the health and finances of grandparents, which depend largely on pre-existing grandparental characteristics.9,10 Other studies found that grandparents experienced benefits such as knowing their grandchildren had stability, and enjoying their achievements.7,11

Grandparents parenting their grandchildren face a lack of information about programs available for them, general insensitivity to their situation, stereotyping, and a lack of advocacy on their behalf, but practitioners may assist in several ways:12

Limitations identified could be addressed through the following research opportunities:16